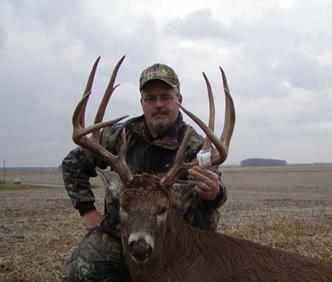 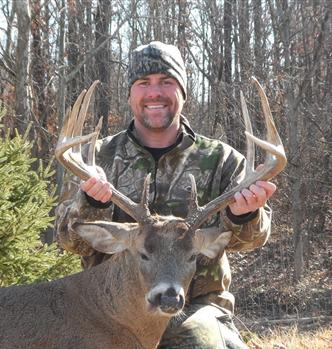 Jim Thompson (JT) got a late start in the world of whitetails.  He didn't start hunting them until he was 18 when a girlfriend's dad asked him to go.  Since that season it has been on.  He hasn't missed a season since and heck he hasn't even missed many days on stand since then!

JT grew up in middle GA as a son of a single mom who although she had no interest in the outdoors she certainly didn't discourage it when he would sneak the woods with a Red Ryder looking for squirrels.

In 2001 he met up with Ol' May and Gary, Bubba, Mayfield at their lease down in Heard County GA.  They were a match made in heaven and all three made an instant connection that cannot be broken.  In 2005 the three of them made the mistake of hunting out of state for the first time and from that single trip the original reality series called Live From The Tree was founded.  The following year they hunted IL for the first time and JT immediately started making plans to move from GA to IL...which finally happened in summer 2010.

He spends his off time sitting on southern Illinois cornfields scouting for deer or sitting in a bar with a cold beer watching a ball game.  He absolutely lives and breathes whitetails...but never takes things too seriously.  He has a blast every minute in the tree...and yeah he spends a massive amount of time in the tree and actually slips up on one every once in a while!

It's an undeniable OBSESSION 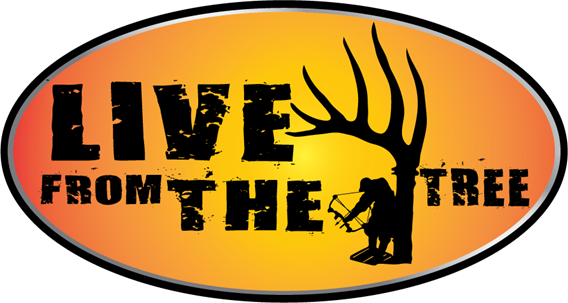 To make a long story short...JT and Bubba are absolutely obsessed with all aspects of hunting...but specifically whitetail deer hunting and even more specifically everything that goes into hunting mid-west whitetail beasts!

These boys hold down full time jobs...well at least until deer season rolls around.  Then they both close up shop and hit the road.  The normal LFTT series runs for 45+ straight days covering 5-6 states and either being in a tree or in the truck headed to a tree the entire time.

Gary Mayfield was raised in the woods.  He's been an accomplished whitetail hunter since he was old enough to walk.  He picked up his woodsmanship from his dad (who we all know and love as Ol' May) who he spent every weekend during season with and was raised in the everyday world by his mom, Bubba had the best of both worlds.

He is basically a jack of all trades...working at GA Power for 30 years, accomplished home builder, landscaper and serious whitetail hunter!  Bubba takes his hunting serious!  Every minute detail gets worked out prior to the actual hunt.  This has led to un-matched success in the woods!  It's been said that if a beast is in the woods it will find it's way by his stand.

During the off season he spends his off time pouring over aerial maps and possible leases and making contacts looking for one more place to hang a stand.